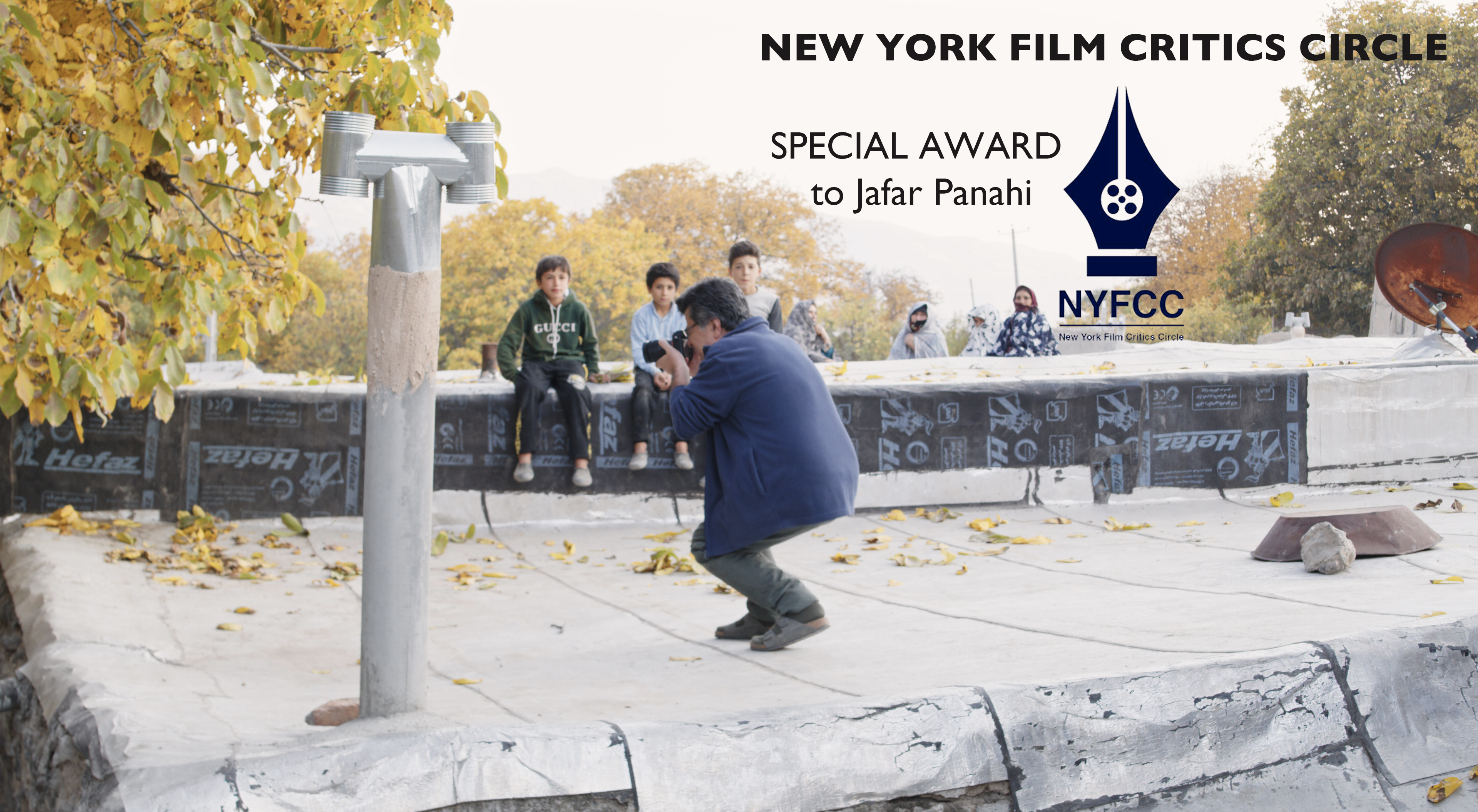 Jafar Panahi has received the Special Award at the New York Film Critics Circle"for his dogged bravery as an artist, and for the humanity and beauty of a body of work created under the most oppressive circumstances".Jafar Panahi is still in Prison in Tehran. Our thoughts to him, his family and to iranian poeple.#newyorkfilmcriticscircleawards#nobears

Celluloid Dreams is proud to announce that HIT THE ROAD received the André Bazin prize for Best First Film 2022 awarded by Cahiers Du Cinéma
✨The award followed the warm words from the jury composed of Arnaud Desplechin, Lyna Khoudri, Benjamin Millepied, Céline Bozon, Charlotte Garson, Marcos Uzal and Zoé Lhuillier:
"It's a first film like a dazzle, a light. A first film which already sounds like a confirmation and which has nothing to envy to its elders as it is masterfully crafted and original. It is a film that does not forget to maintain, in us, the belief in cinema. Thank you for this ode to literature, to love, to sensuality, thank you for this invitation to travel, for this plural portrait of a society that deserves to be noticed for its beauty more than ever. Where mockery and jokes are a shell in which hides a torrent of love. Where music frees souls. Where a road trip is a quest deep within oneself: What existed before us? Is it harder to say "goodbye" than to say "I love you"? You offer us with so much subtlety a family photo like the mirror of a country. Sad and happy. Violent and funny. Shaded but bright. So thank you to Panah Panahi for this film which vibrates and shines in our hearts. Congratulations to him for this illustrious entry into the cinema. » 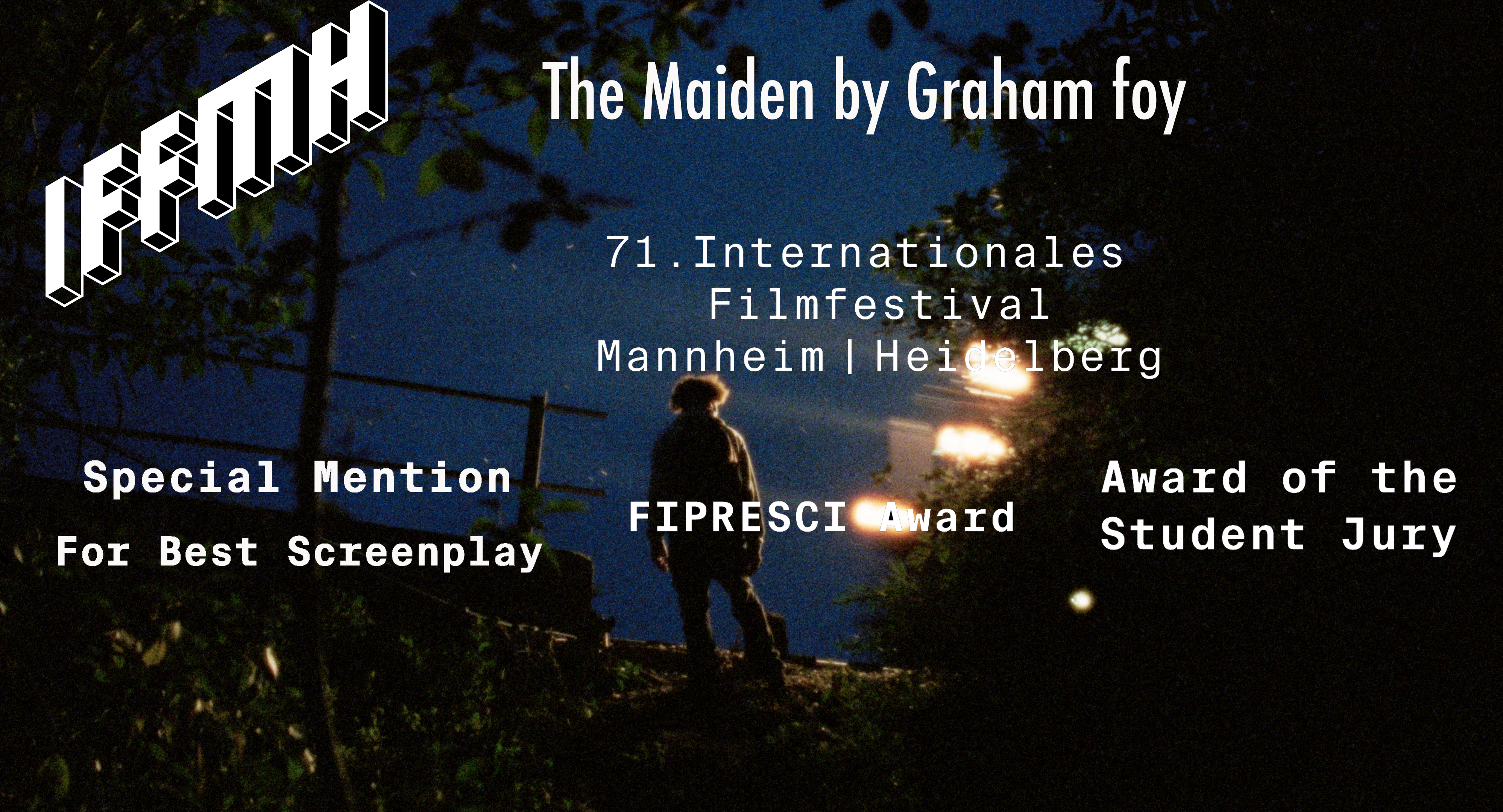 Celluloid Dreams is proud to announce that 'The Maiden' Written and directed by Graham Foy (Canada) has recently received :

The Rainer Werner Fassbinder Award.
"To a film whose profound cinematic expression reveals the fragility of friendship".

The FIPRESCI Award
"For its gentle yet powerful performance and the immersive power of its grainy 16-millimetre shots, which sketch a world where realism and urban mysticism intermingle"

The Student Award
"For a film full of sad, quiet beauty that deals with friendship, encounters with death and coming to terms with grief in a sensitive, pure way. A film full of strong symbolism that subtly directs the viewer's gaze. We were particularly engaged by the transition from the initially documentary effect to the later mystical undertone. (...) The director has let the images speak, he has given the things time to speak for themselves !" 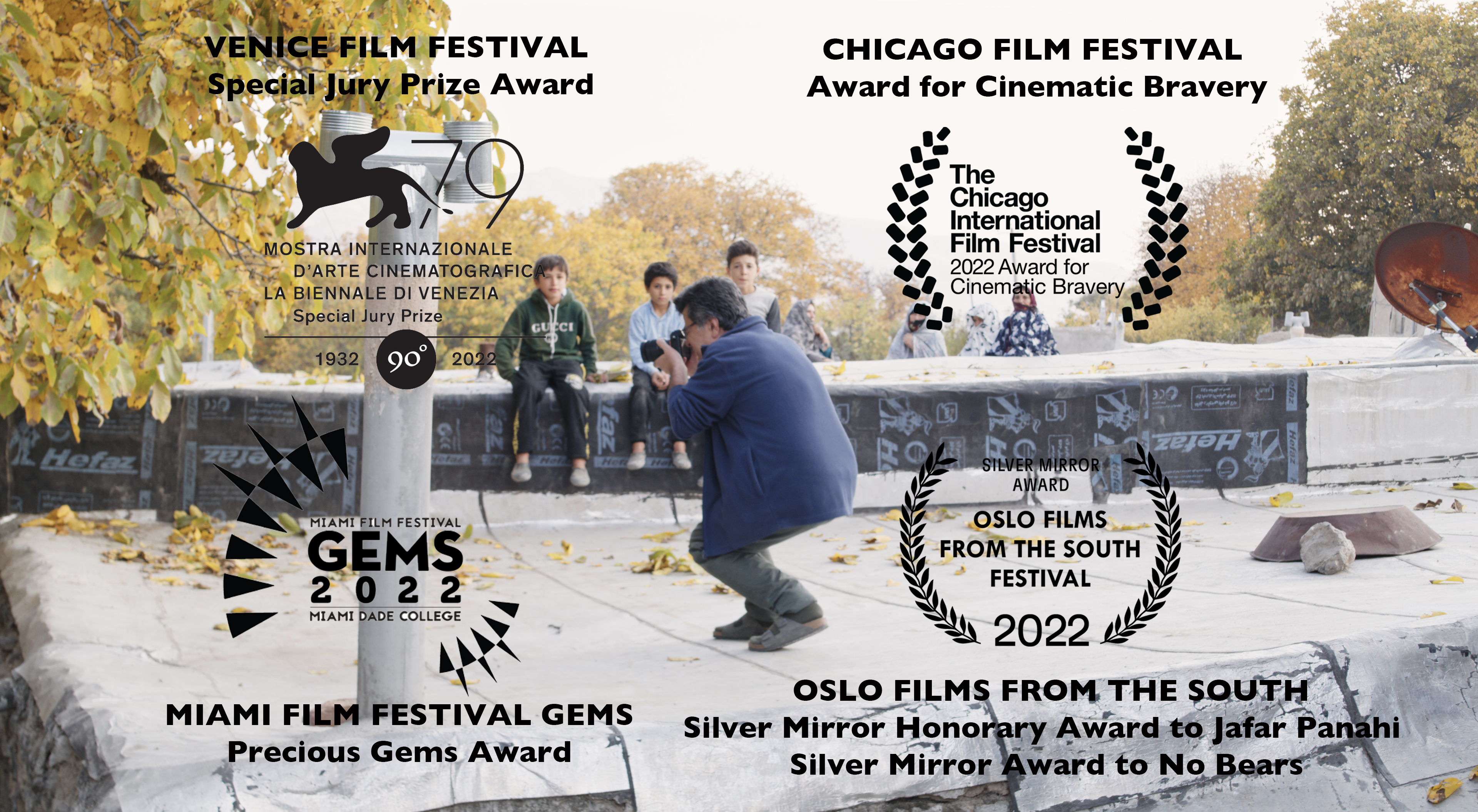 NO BEARS has received several awards in 2022

No Bears has received so far the Special Jury Prize Award at Venice Film Festival, The Chicago Film Festival Award for Cinematic Bravery, The Precious Gems Award at Miami Film Festival, the Silver Mirror Award at the Oslo Films From the South.
Jafar Panahi is still currently in Prison in Tehran. Our thoughts to him, his family and to iranian poeple.
#nobears #jafarpanahi
#miamigems #oslofilmsfromthesouthfestival #chicagofilmfestival #biennalecinema2022

The US trailer of No Bears is out : https://t.co/cQpAA6pJwq

"For his dogged bravery as an artist, and for the humanity and beauty of a body of work created under the most oppr… https://t.co/kcUnObH3LG