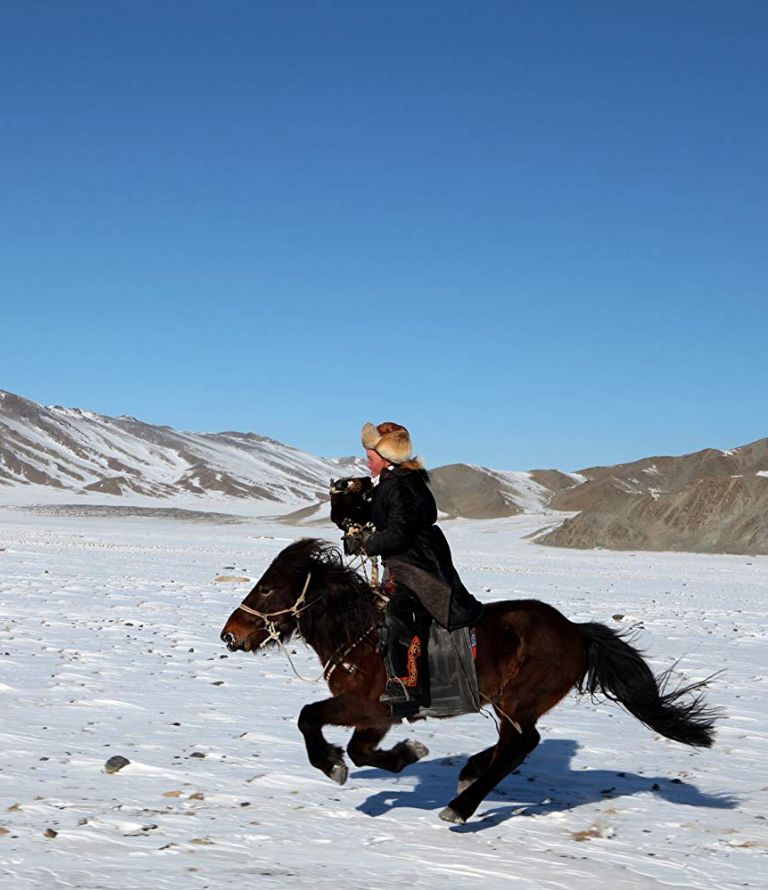 THE EAGLE HUNTRESS follows Aisholpan, a 13-year-old girl, as she trains to become the first female in 12 generations of her Kazakh family to become an eagle hunter, and rises to the pinnacle of a tradition that has been handed down from father to son for centuries. Set against the breathtaking expanse of the Mongolian steppe, THE EAGLE HUNTRESS features some of the most awe-inspiring cinematography ever captured in a documentary, giving this intimate tale of a young girl’s quest the dramatic force of an epic narrative film.

While there are many old Kazakh eagle hunters who vehemently reject the idea of any female taking part their ancient tradition, Aisholpan’s father Nurgaiv believes that a girl can do anything a boy can, as long as she’s determined. She has complete confidence that she will succeed, as she has never been taught otherwise. After months of training her eagle with her father, Aispolpan is ready to test her abilities and enters the renowned Golden Eagle Festival to face off against 70 of the greatest Kazakh eagle hunters in Mongolia. 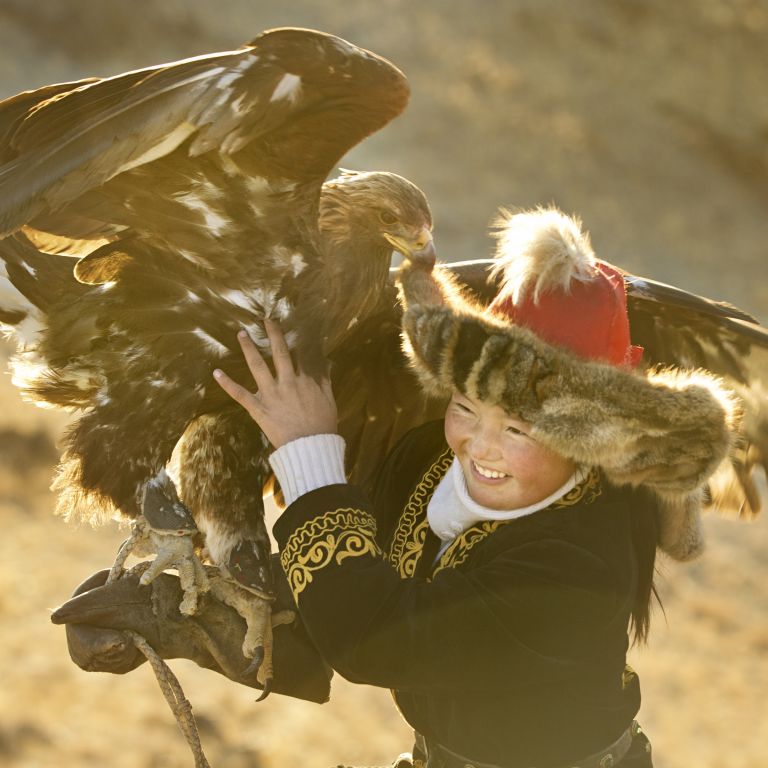 "What director Otto Bell captured on screen is unprecedented, and the film will be a buzz title come the next awards season."

"Aside from being one of the most beautifully shot movies I have ever seen, this movie tells an incredible story."

"A documentary that’s as unlikely as it is enchanting, has landed in Sundance, and falling under its sway is inevitable."

"Beautifully shot and uplifting documentary…The documentary sends an inspirational message of never giving up for what you believe in, along with not being afraid to change the status quo."

"With its focus on a charismatic girl who has accomplished something other women have not in 2,000 years — she hunts on horseback with the help of a golden eagle — the film has earned standing ovations."

"No wonder this story is taking off in such a major way — it’s rare that a documentary tells a story which may as well have been the plot of a Y A novel, except it all just happens to be true." 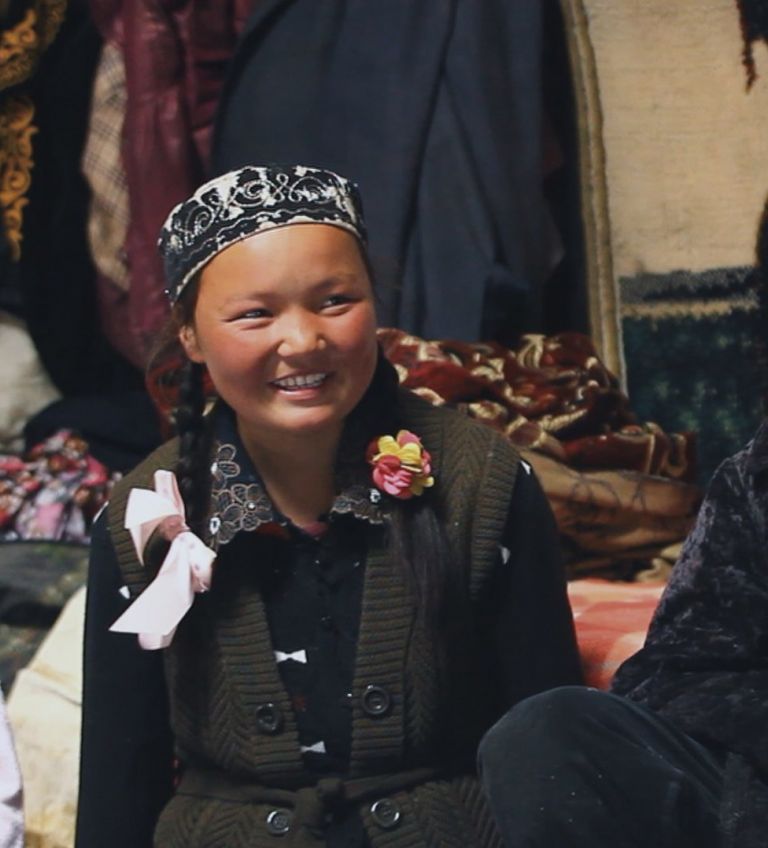